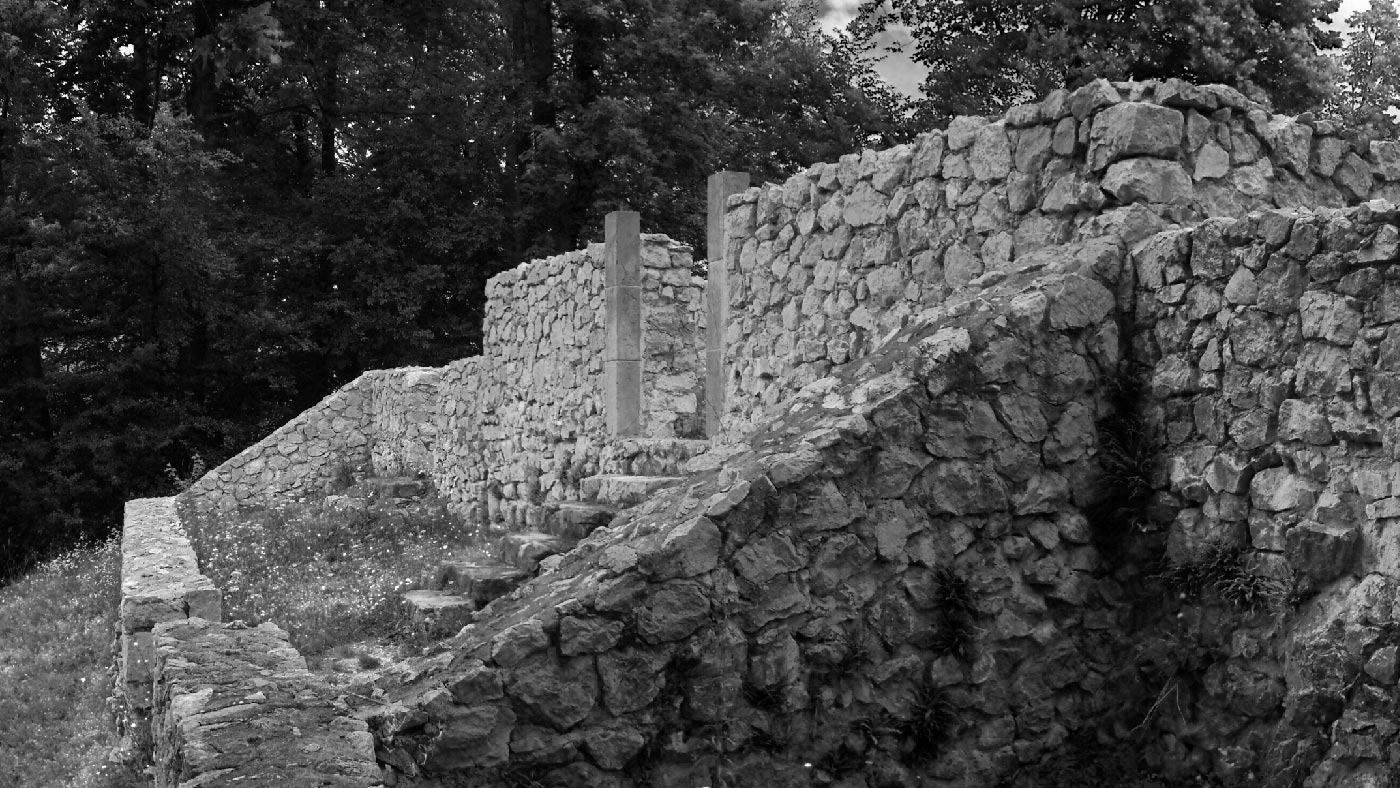 view of the entrance of an early-christian church (Rifnik)

Late antiquity, a time when the power of the Roman Empire started to fade, has left us with many relatively well-preserved archeological remains that have been thoroughly investigated. Based on the scientific literature, but especially on the state of the remains today, an attempt was made to create a cartographic description that would be presented in educational processes and tourist products.

The term Refugio - or more commonly used in scientific literature - Late Antique fortified settlement, refers to a settlement pattern in late antiquity, when the urbanised population was forced to abandon centres in the exposed lowlands and move to a safer place to live or for temporary refuge. These were usually located in the nearby hill-ranges, where earlier, prehistoric settlement took place on hill-tops(hillforts or gradišča). The settlements were far enough away from the old centres to offer discretion, but at the same time placed in such a way that they controlled (at least visually) important routes and passes.

Below are examples of maps that present the described period. 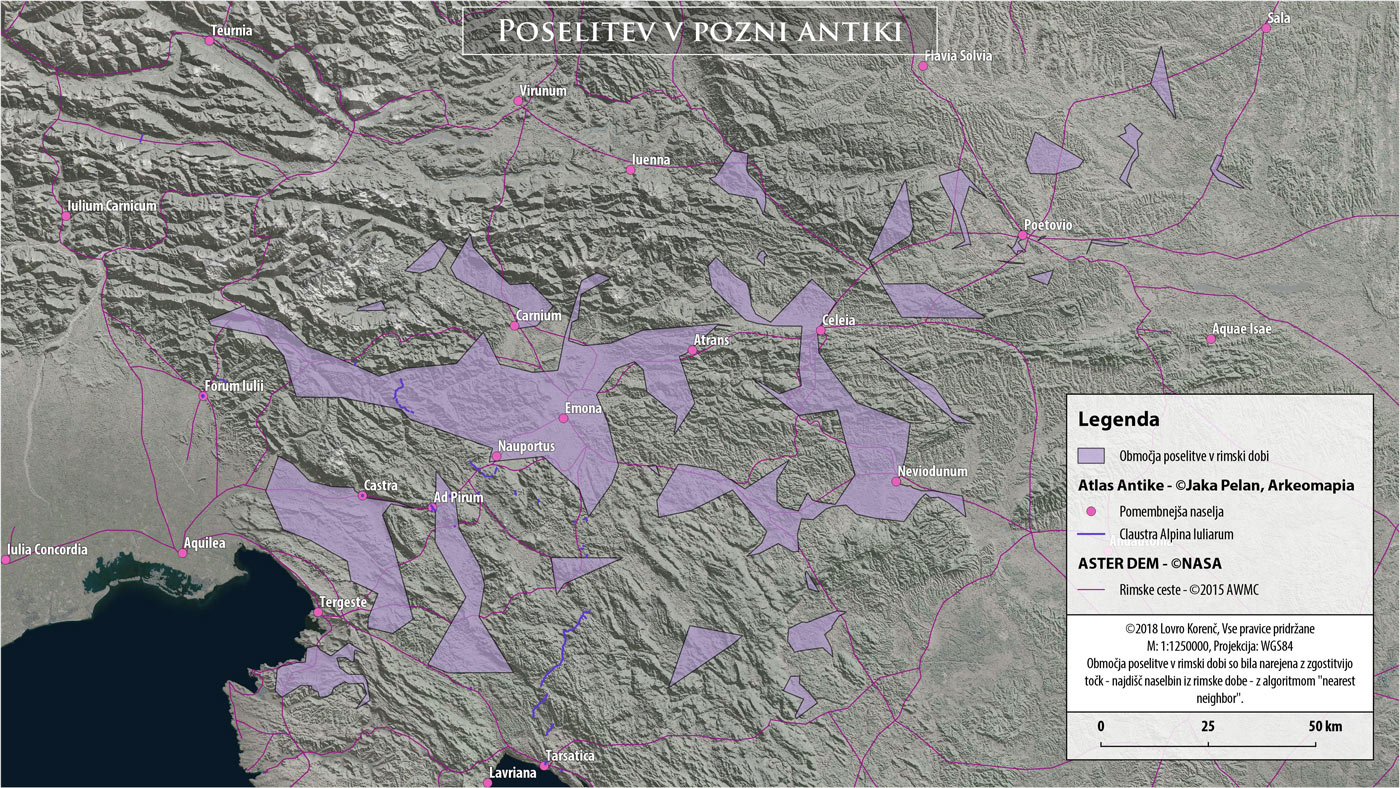 Settlement in Slovenia in Late antiquity. Points of settlement remains (or finds) from the Roman period were aggregated to areas with nearest neighbor algorithm. 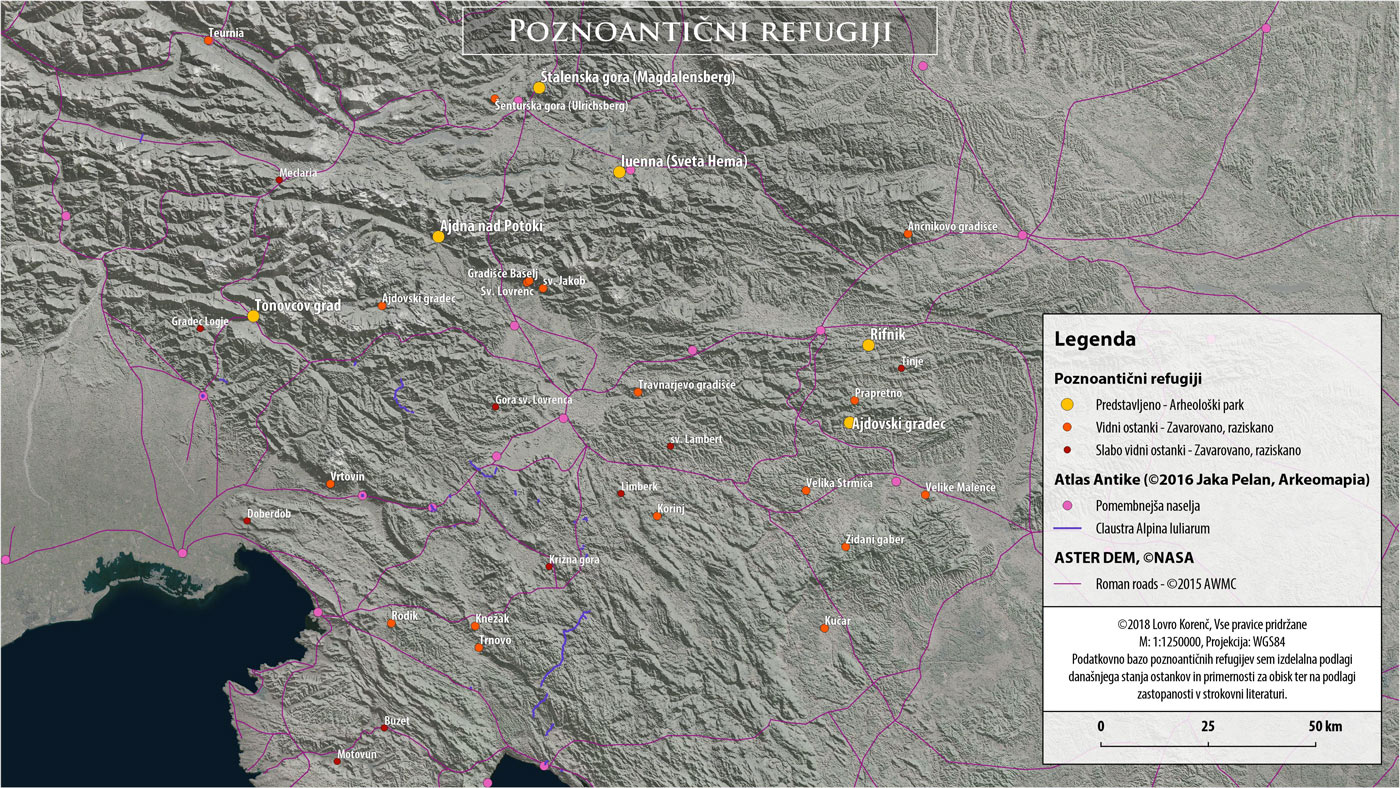 Selected refugio’s. Categorization of points classified by suitability for educational or tourist visits. 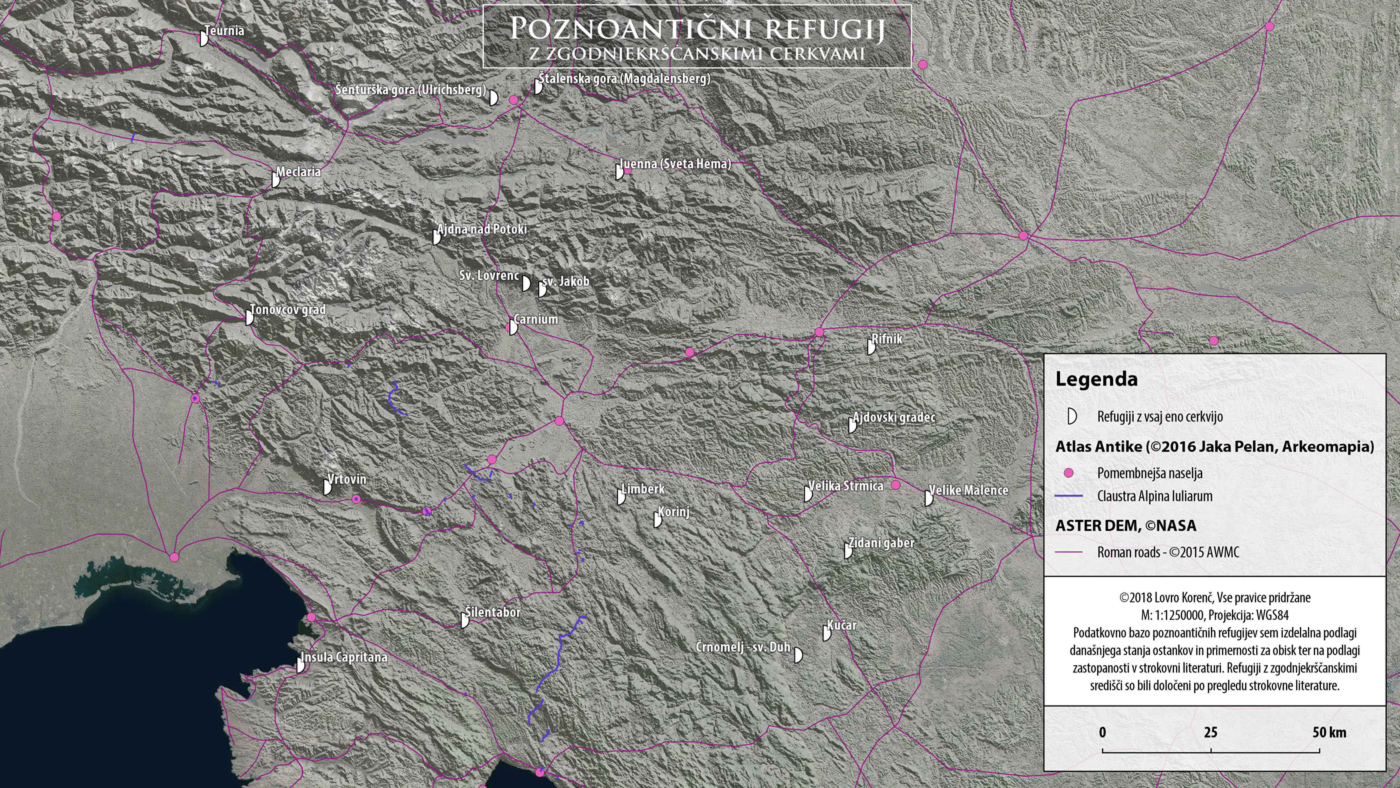 Refugio’s with an early Christian church discovered. Christianity was already widespread in the cities (bishop's/episcopal sees in Poetovio, Celeia, Emona) and the inhabitants took the new religion with them.