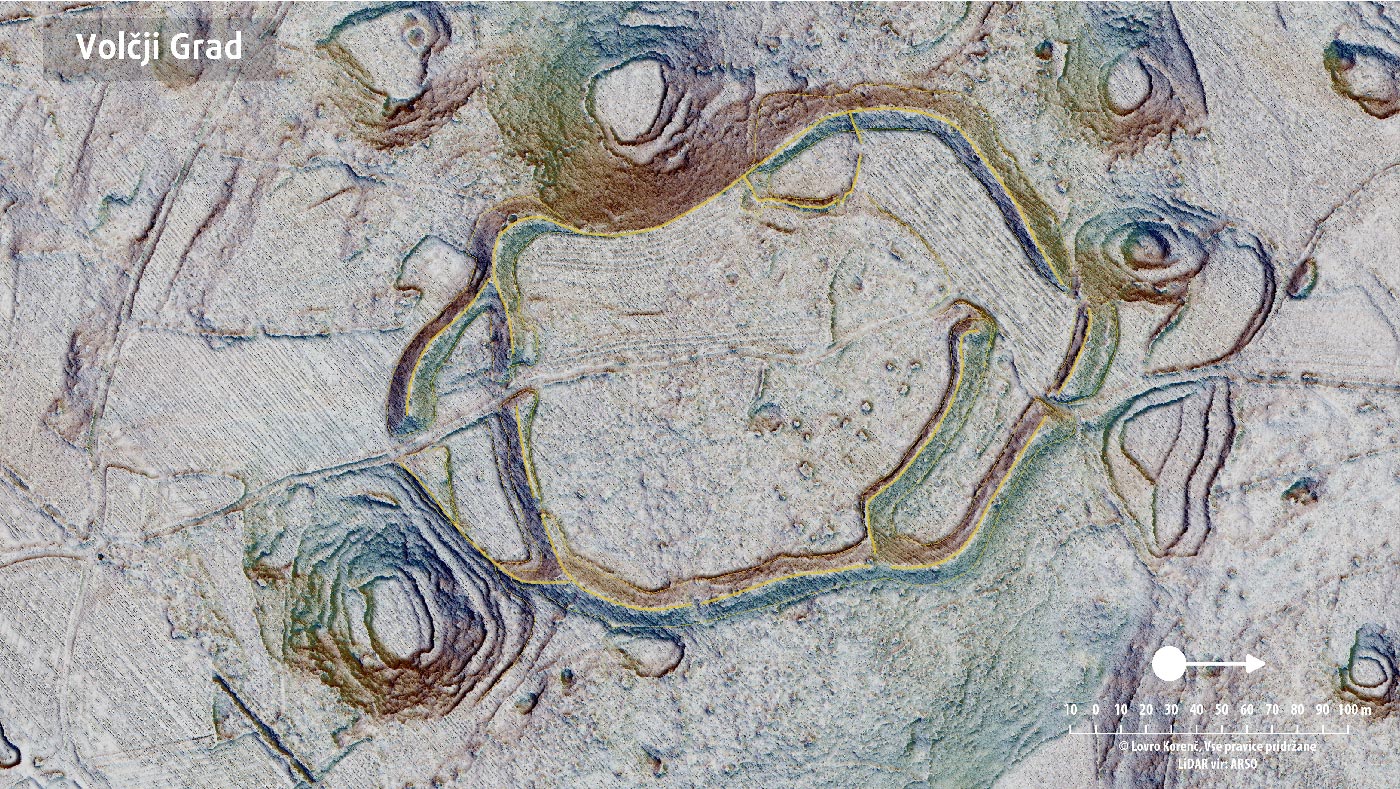 The term prehistory refers to a period in the history of mankind that begins with the use of the first (stone) tools and continues until the beginning of writing or the first written sources. For the territory of Slovenia, this usually means until the time of antiquity, starting with the Roman conquest and the arrival of the first Roman settlers (late Iron Age, 2nd century BC). Written sources of peoples who lived here either did not exist or were not preserved. But this does not mean that there were no complex communities or cultures here before, they were and have left us a rich heritage.

Most of the knowledge about prehistoric settlement patterns and the peoples living here was gained from material remains, artifacts and anthropogenic landscape structures. Archeologists have identified, explored and preserved many areas, enough to paint a blurred picture of this peoples society, culture and influence on the landscape.

Artifacts such as the Vače Situla (5th century BC), a wooden wheel with an axle from the Ljubljana Marshes (about 5,200 years old) or the famous Neanderthal flute (60,000 years old) are valuable treasures, that have been preserved over thousands of years. The landscape has preserved numerous structures and objects which, despite the abandonment of man, have defied the force of time and are still visible today. When exploring this heritage LIDAR surface scans, properly visualized, are a useful tool to get a better image of the structures in the landscape.

GIS Solutions enable us to collect, analyze and present spatial archeological data in a clear and concise way and are a great tool for anthropological studies of prehistory. These solutions help us to better describe the life and identity of the peoples who have inhabited these landscapes. Data from existing archeological spatial databases and cadastres can be referenced with scientific literature and extended to form a new interactive database, which will help us to better investigate the anthropological aspects. Data such as the size of a building, its location, its spatial orientation, the type of construction, the structure of an entire settlement, a region, etc., enable us to study proto-urbanism. On the basis of the results, better conclusions can be drawn about how people at that time viewed the landscape, managed and used it and how have they adopted to it.

For this project I reviewed the available scientific literature and later, with the help of the official registry of the Institute for the Protection of Cultural Heritage of Slovenia and with the help of collected topographical data, I designed a new database with important areas that would be interesting for further research. Based on LIDAR data (from the Slovenian Environmental Agency) visualizations I located and traced individual objects, settlements structures and other anthropogenic elements visible in the landscape. I started with the most studied and best preserved archeological sites, now I systematically inspect the entire territory of Slovenia.

1. newly designed database of interesting sites based on literature review and official registries.

3. vector layers of identified objects and structures with included metadata. 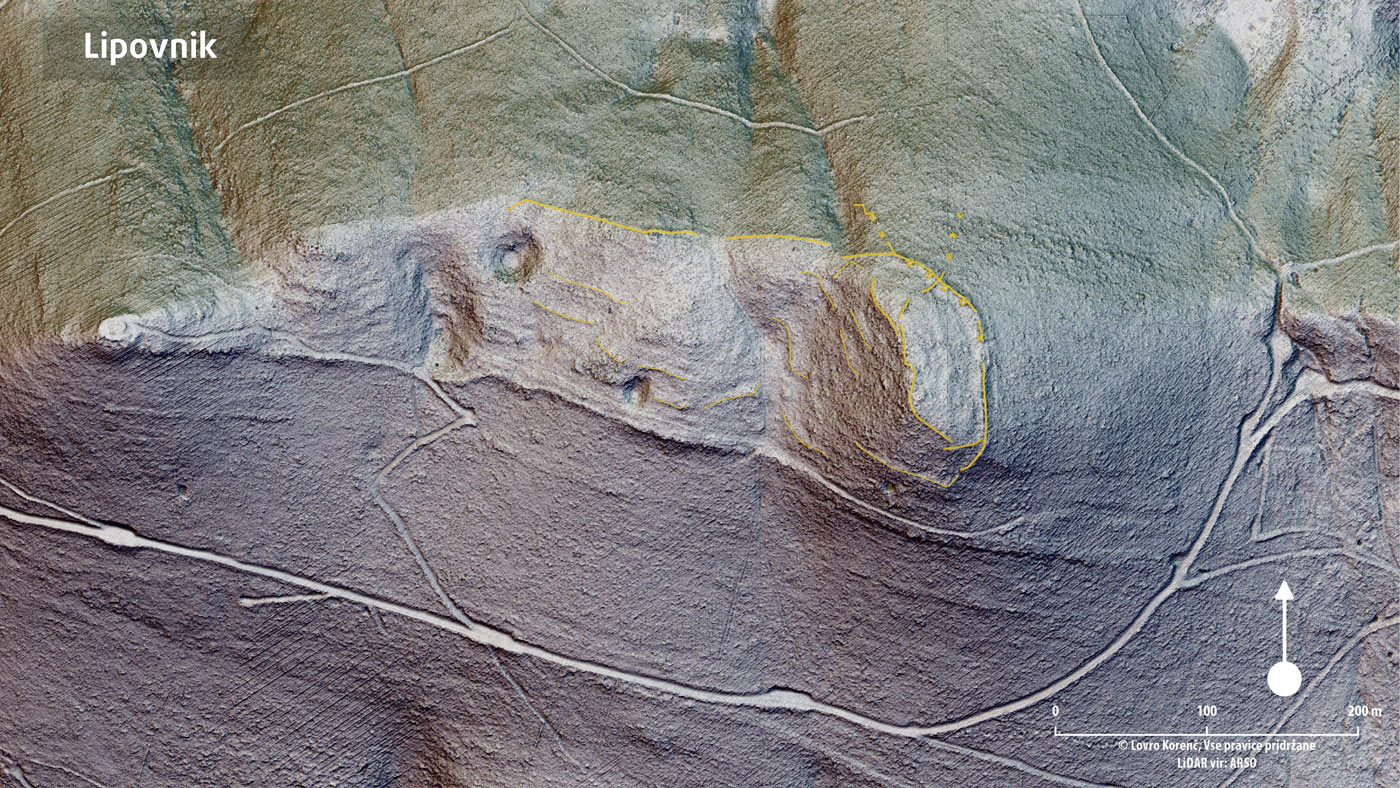 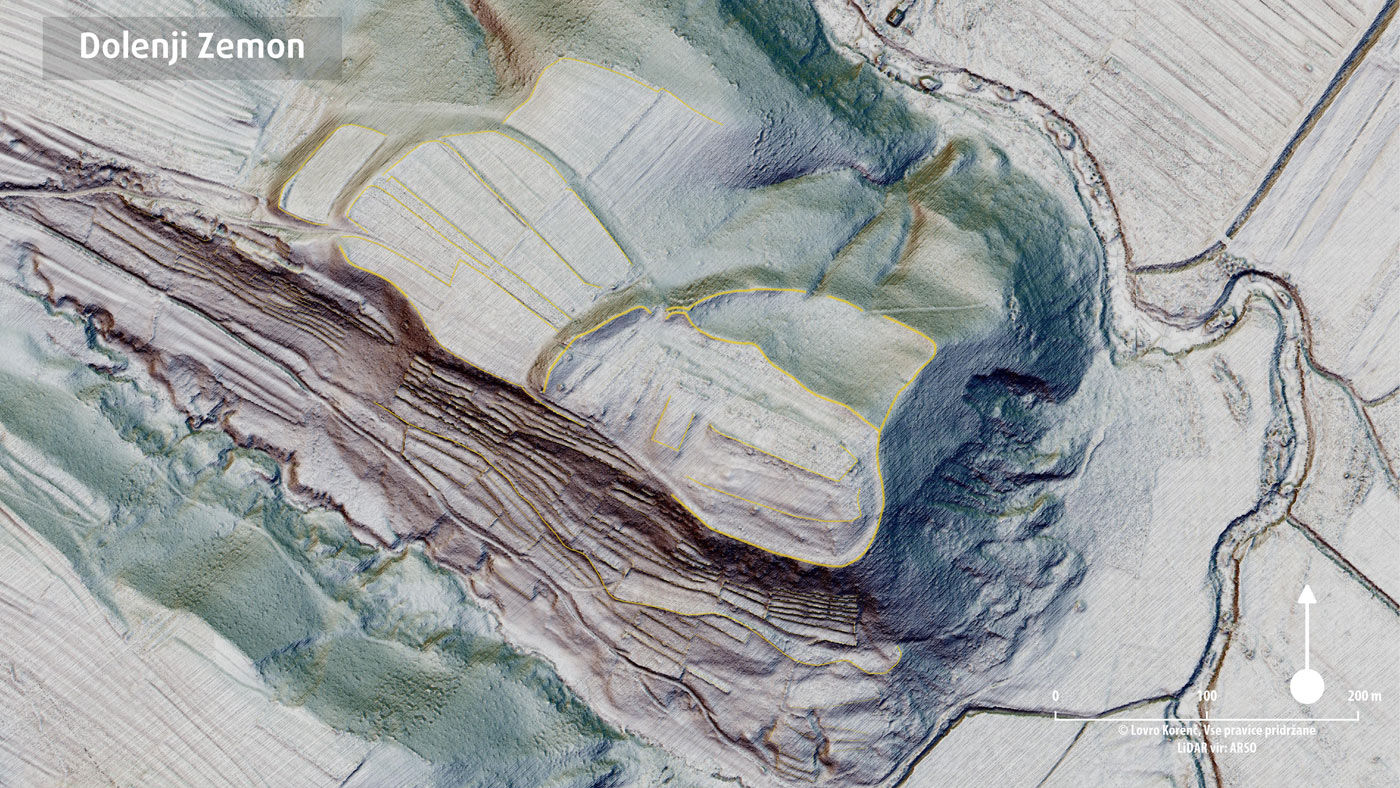 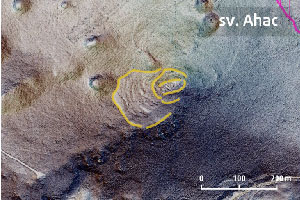 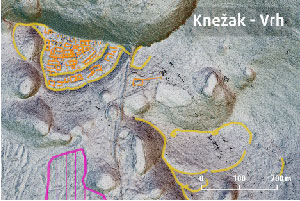 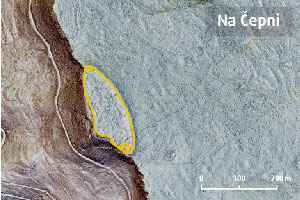 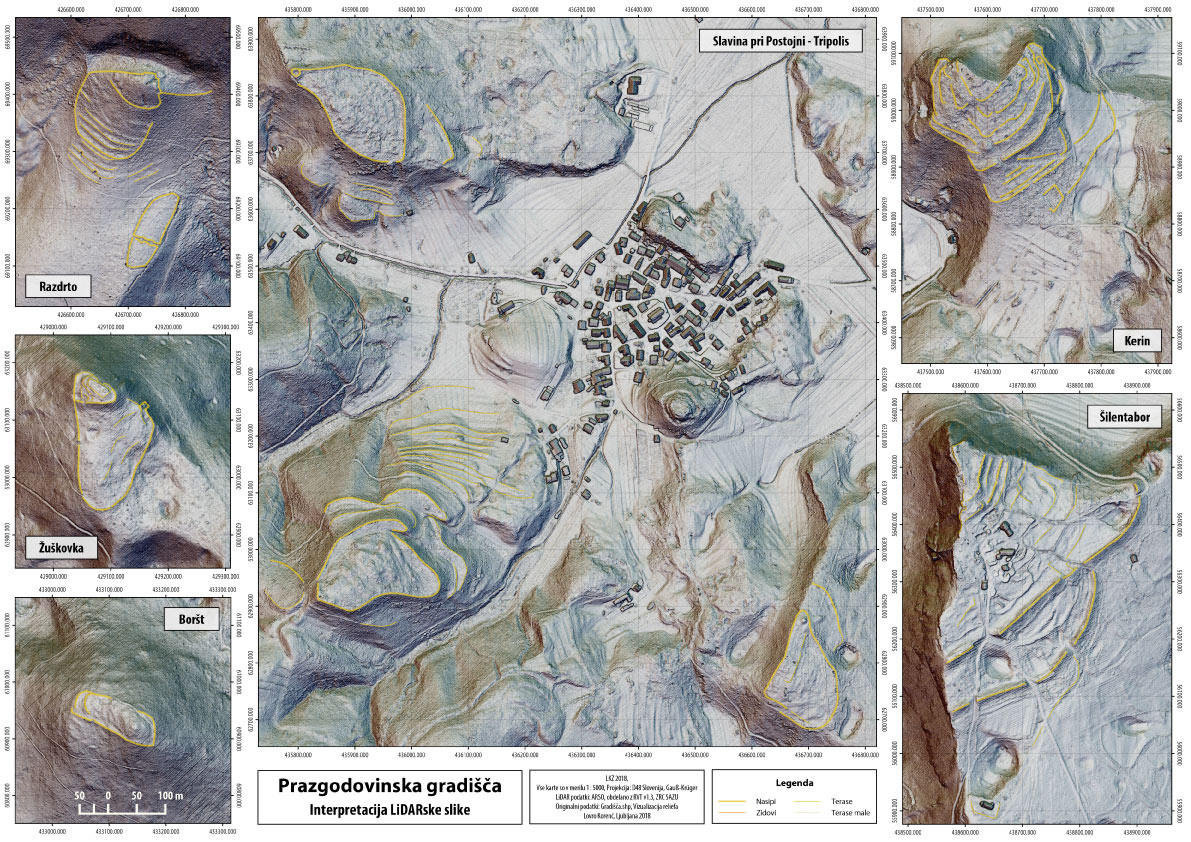 example of a printable map